Book of the Prophet Daniel

What is another word for venetian? 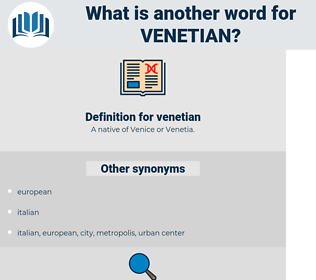