What is another word for respectfulness? 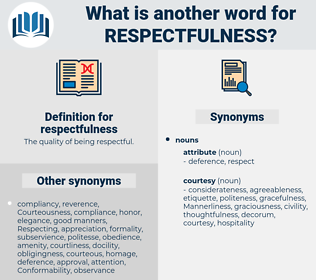