What is another word for kidnapped?

Opposite words for kidnapped: 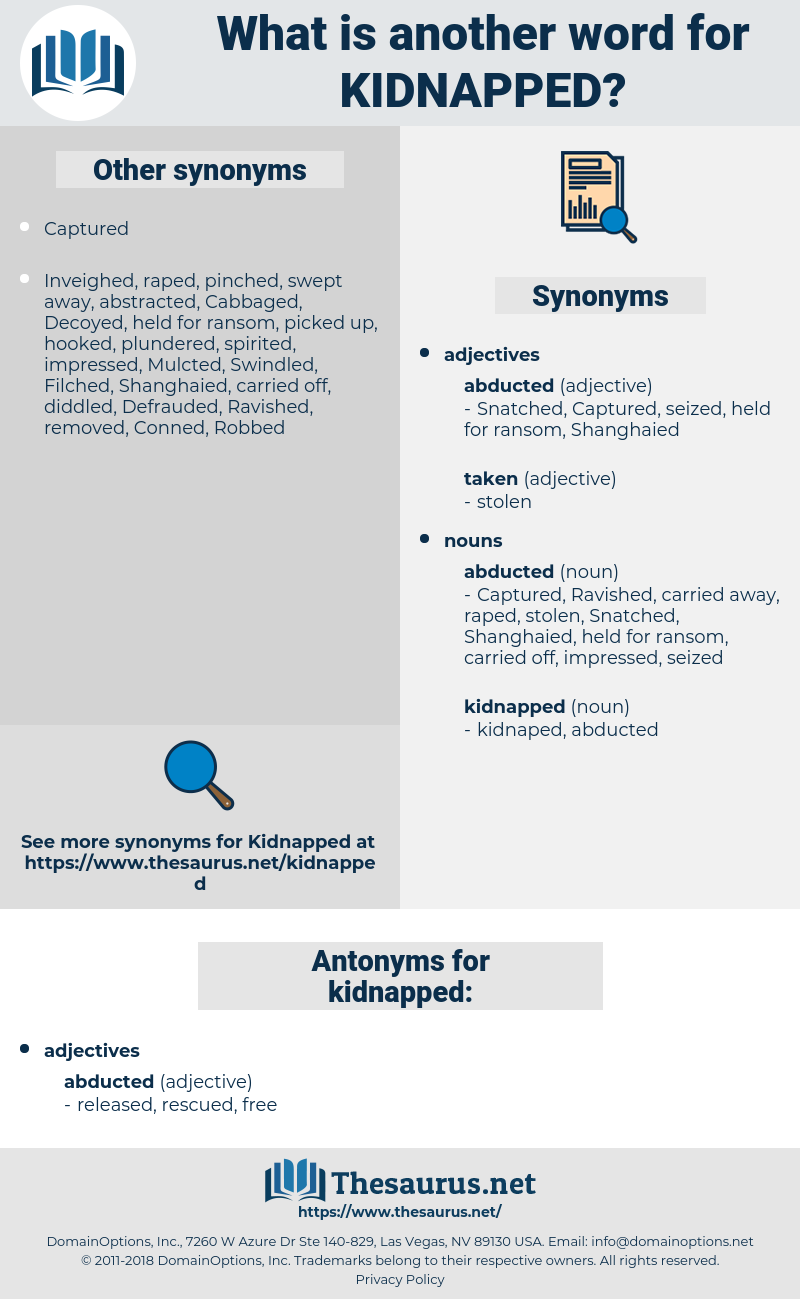