Synonyms:
alert, attentive, cautious, on the qui vive, watchful, wide-awake, see to, on the lookout, on the watch, psyched up.

What is another word for registration? 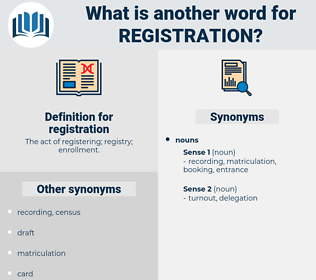